Below are my thoughts (after 60 or so years) of many of my Teachers. These are my recollections and subject to the frailty of my memory and myths that were passed from year to year.

If you have any "Teacher Tributes" to add, please email Howard Bott at: webguru@tanfield-association.org

Mr Jolley was likeable but quite strict. He taught French in the style befitting those days - lots of "conjuguez les verbes". He decided that we should all have French names so, since there was no French for Howard, I was called Marcel. I'd have done better if I'd been more like my namesake Marceau and kept quiet while we learned the "Past Historic". However, the vocabulaire I absorbed served me well during French holidays even though the locals didn't understand me.

John Scott was strict and woe betide anyone who dropped a penny in the sink to make it shine by splashing it with hydrochloric acid. It wasn't a good idea to have an older sibling who had passed through his clutches and, since "all comparisons are odious", your family's attainments were held against you. Luckily, my sister wasn't too good at chemistry so I was OK.

Kenny Cousins was one of the lads. I remember (imagined?) that he had a motorbike accident in the Tantobie ice, broke his arm so learned to write left-handed. He wasn't much older than us and had a tendency to be subversive; even having an occasional dig at Dr Sharp.

Cedric Dolman was feared by the boys but had a soft spot for the ladies. Blackboard rubber throwing was his speciality.

Pete Livesey taught me Physics for 7 years so I knew him quite well. He exuded an avuncular air but was no one's fool. Anyone caught playing with mercury globules on the bench could expect a hair pulling - after all, mercury is poisonous!

Alan Gee was my favourite teacher. He was a tall, imposing figure who always wore a gown. I never saw him annoyed or angry. He used to give Fifi Thompson a lift to school in his Triumph(?). 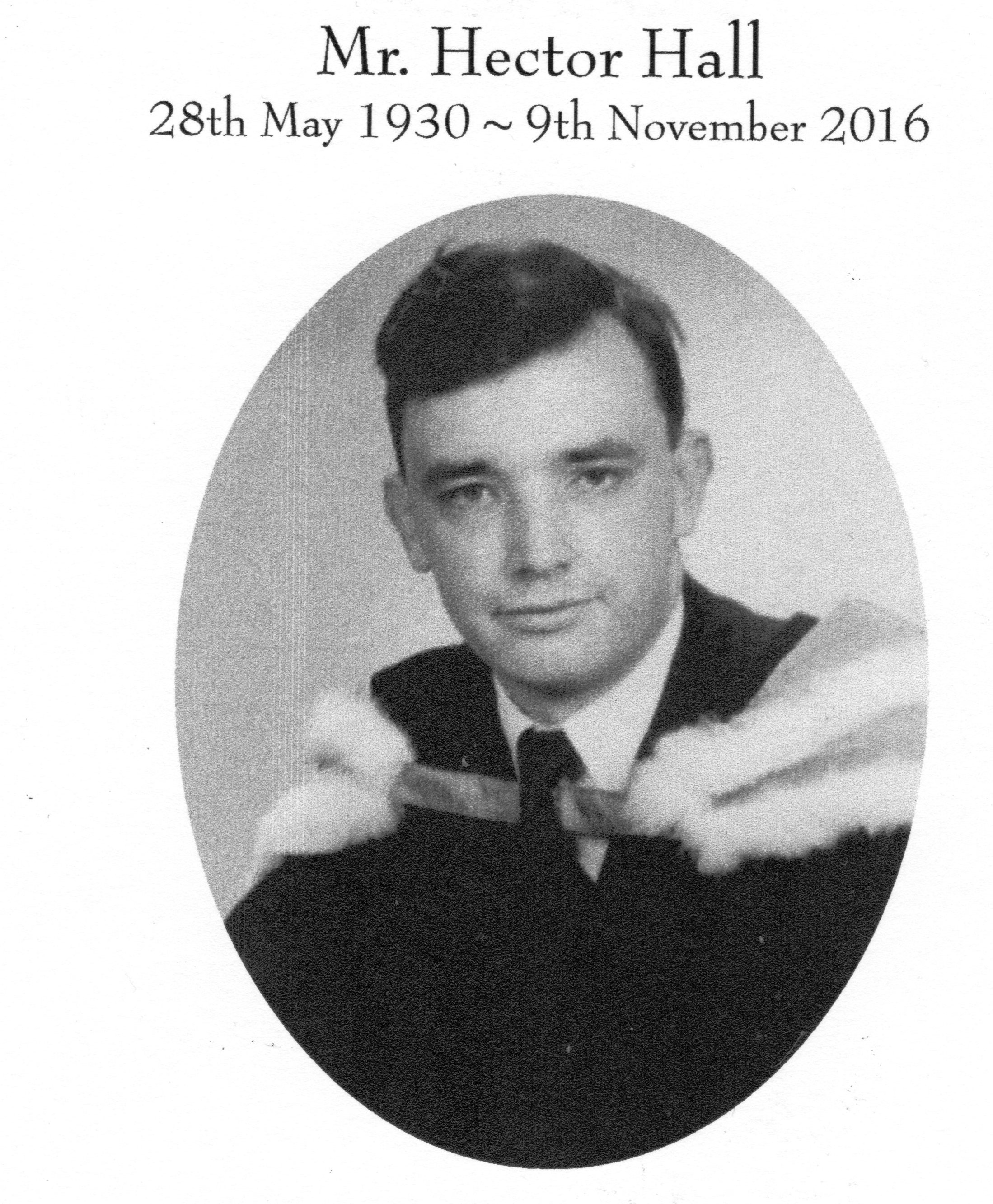 Hector Hall taught me Applied Maths. Since my experience of his teaching is as a sixth former, he was quite relaxed although his obsession with systems of weightless rods in equilibrium was slightly disturbing.

Jenny Pritchard was the object of many school stories. There were tales of boys swinging from the ceiling bars in the geography room and of her incapacity to impose discipline. I always had marks deducted (quite rightly) for "poor handwriting" so would have benefited from using today's technology.

Joe Binks - a true Bohemian. My art lessons were spent making lead copies of coins of the realm using plaster of Paris moulds. At the end of term, I had to scrounge classmate's rejected paintings to fill my folder though it did me little good. Art was the only subject in which I was bottom of the class! Supposedly, the beer bottles in the Art room were for still life drawing but someone must have emptied them?

Mr Yockney, along with Joe Binks, was another amazing character! He could make his hands disappear into his jacket sleeves and there was much talk about his use of Dettol. Every lesson, struggling with discipline, he took some recalcitrant boy to see the "headmaster" - pronounced with a short "a" rather that in the local twang. Reputedly, he looked through Dr Sharp's keyhole to see if he was too busy to chastise the wayward pupil.

Mr Glendenning aka "spud" was a very likeable teacher. He was a keen cricketer and regaled us with stories of his cricketing prowess every Monday morning. He was a great fan of Tony Hancock and I was able to share that with him. Sadly, he left during my 4th year and we struggled with new 'O' Level Latin set texts.

Mrs Hassall was my first form teacher and it was also her first year at SGS. I think she lived in the old police house in Dipton but I may have made this up.

Nova Williamson was very young when she started teaching at SGS. My familiarity with the "gerund" is entirely down to one of her lessons in 1960 and is something I've never forgotten. I still shout at the TV when someone says something like "I appreciate you taking the time to ....".

Harry Robertson was infamous for his correctional use of the jokari bat that he kept in the biology lab cupboard. Although Dr Sharp administered the cane to naughty boys, I'm not sure Mr Robertson's punishment was sanctioned.

Roland Proud struck me as holding left of centre views. He was prone to drift off the subject of Mathematics into Sociology and this was much appreciated.

Ted Brabban took me for woodwork lessons in my third year. He quickly assessed my skills and, while other boys made hostess trolleys, I was given the task of making a cigarette box - not very PC in today's world of education. I have the box to this day but it has never been used for its intended purpose.

Ted Robson taught me French - again, much conjugation of verbs and use of weird tenses that even the French don't use. In the sixth form, it was deemed that we scientists should learn German - presumably so we could converse with Wernher von Braun. Sadly, the only thing I can remember is "der Bunsenbrenner" and I probably could have guessed that!