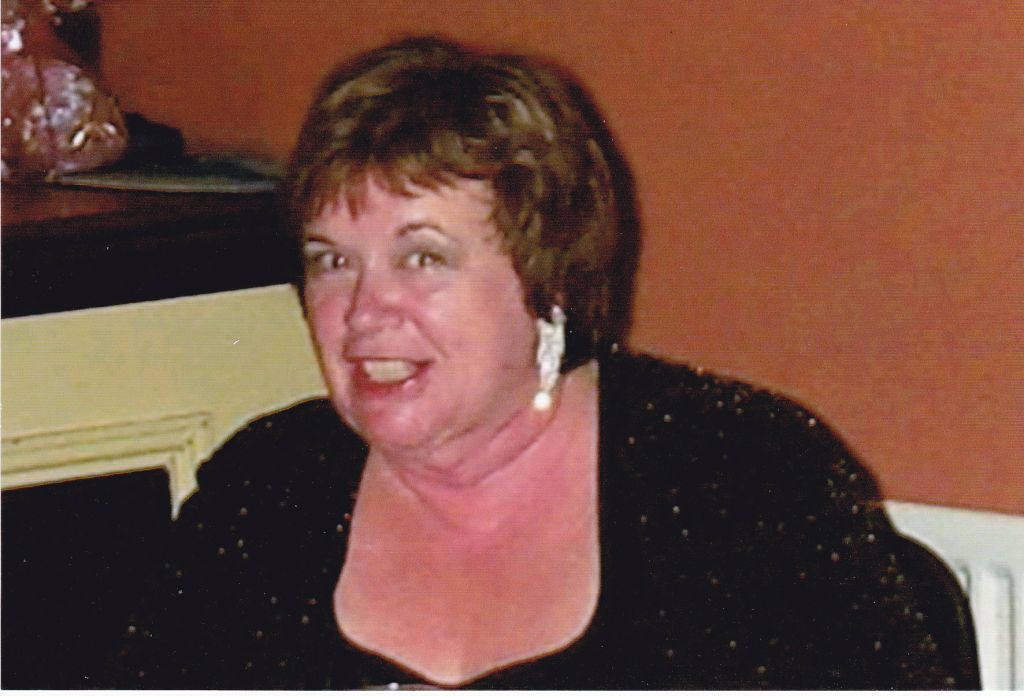 Many of you will remember Mrs Nelson as a lovely, caring and talented Art teacher; I remember her as a very loyal colleague and a dear friend.

Ann was an only child, who lived in Chester-le- Street virtually all of her life. She attended the Hermitage Secondary Modern School and the fact that she did not pass the scholarship seemed to niggle at Ann for many years; this made her keen to do well. Ann trained to be an Art teacher at Teacher Training College in Lincoln and returned to Chester-le-Street to teach at the Hermitage. Dorothy Ferguson was Head of Art and they became firm friends. When Dorothy left to teach at Tanfield School, Ann was appointed Head of Art at the Hermitage. A former pupil who became a close friend when Ann was ill, told me that Ann was an inspirational teacher who had filled her with confidence; she attributed her successful career in life to Ann.

When Ann was 26 , she met Ted Nelson at a cricket club dance in Chester-le-Street and there was an instant attraction ;they were married a few months later and were inseparable.

In 1980, she was appointed to teach art at Tanfield School. Dorothy had advised her to apply for the post.When I met Ann, I was struck by her resemblance to Mireille Mathieu, a young French singer. Some of you might remember Mireille as she appeared on TV on Saturday evenings.However, you would always remember Ann Nelson. She was a talented artist and larger than life personality. Ann was always willing to give up her time to help and advise her pupils, and was always a calming influence on those around her.

During the holidays Ted , Ann and their son Michael enjoyed going to America , sometimes in the company of Ann’s second cousin Anne and her son Stuart. Ann simply loved America.

She was particularly supportive of the Christmas Shoebox appeal for under privileged children in the 3rd world .Ann had helped me to initiate this project which became a significant annual event at Tanfield .She aptly called it “love in a box” .Former pupils who returned to visit the school always said “I must see Mrs Nelson” as they were so grateful for the help she had given them.

Ann was always involved with the Chester-le-Street scouts’ Gang Show and made a huge amount of costumes for the shows. Of course, she made costumes for Tanfield productions. The ones for “My Fair Lady “Les Miserables ”and for “Oliver” were particularly memorable. Who could forget seeing Gemma Love as Nancy, wearing that beautiful scarlet dress made by Mrs Nelson?

The “circle time” that Ann pioneered with her tutor group gave pupils the opportunity to discuss many issues and helped them to resolve their problems. Nothing was ever a problem to Ann; if you needed any help , she could supply it; if she couldn’t , she would know of someone who could.

In 2002, Ann left Tanfield to become a County Adviser for Citizenship, based at county Hall, Durham.She became an OFSTED Inspector for Art, PSHE, and IT. During this time, Ann studied to qualify for a degree in Art and was proud of this achievement. Finally, I persuaded her not to say“This isn’t bad for a Sec Mod girl, is it?” She had achieved a great deal in life.

In 2007 Ann joined the Soroptimists and became President of the NE branch in 2013. She worked tirelessly with the organisation to raise money for charity. Unfortunately, she was unable to continue as her illness had returned.

When her husband died in 2016 she was completely devastated , but valiantly tried to soldier on without him.

After Ann moved on from Tanfield, we had always kept in touch, but it was only during her illness that I fully appreciated her bravery and optimism. During some of our many trips to the Freeman hospital for her treatment, she would plan outings for us the following Spring in her new white Peugeot that her little granddaughters named “Miss Daisy Snowdrop”. Sadly, I knew this could never happen.

Ann will always be remembered for her sincerity by so many and will be greatly missed.